Trans Women of Color Are Shaping the Future of HIV Advocacy

Trans advocates have forged our own paths and led efforts where there were none. The CDC needs to meet our experts on equal ground and acknowledge this divide that it too has been guilty of perpetuating.

“Nothing is developed for us, without us,” Arianna Lint said as she handed the Centers for Disease Control and Prevention (CDC) director, Robert Redfield, a copy of Positively Trans’ new needs assessment of transgender and gender nonconforming people living with HIV. Lint was joined by a large group of people living with HIV on stage at the United States Conference on AIDS in Washington, D.C., earlier this month to disrupt the opening plenary with Redfield and create a dialogue where there wasn’t one. 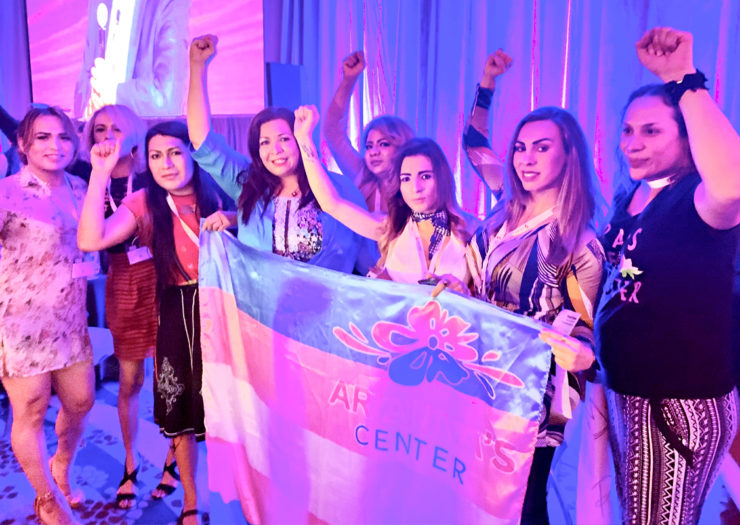