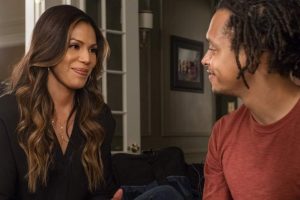 To the ‘Greenleaf’ Writers and Tyler Perry: HIV Is Not a Plot Twist for the Sake of Drama
Abdul-Aliy A Muhammad

We must disabuse ourselves of the need to create monsters from viruses. The archetype of the “HIV carrier” is the monolith on which fear and doom rest and creates a caricature of HIV-positive people. This has been true since the infamous “Living on the Down Low” episode of The Oprah Winfrey Show, which aired on April 16, 2004. On this episode, J.L. King, an author, discusses the community of DL men who are often married, making their heterosexual partners vulnerable to HIV because of their secret double life. This was a cultural watershed moment of the worst kind. And after that episode, the seeds of that conversation grew to an unimaginable mythological construct: a modern-day monster.

September Question of the Month

How do you feel television and movies have portrayed the stories of PLWHA? Create a tv show or movie and tell us a HIV related storyline you would like to see.